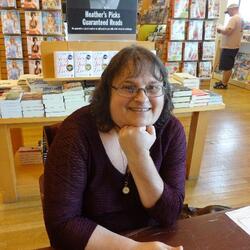 I was born in Halifax, Nova Scotia, Canada. In 1967, my family moved to Hamilton, Ontario, where I grew up; attending Binkley, Dalewood, Westdale Secondary, and Hamilton Collegiate Schools. I also completed a year of university at McMaster University in Hamilton before I left Canada to live in Israel for six years. While at McMaster, I was the Assistant Sports Editor for the Silhouette.

Initially, I worked on a kibbutz in northern Israel for seven months before moving to Haifa where I worked for a year. After which, I moved to Tel Aviv where I attended and completed my Bachelor’s degree in English Literature at the Tel Aviv University. I worked a couple of years in Tel Aviv before returning to Canada. While living in Israel, I travelled all over the country and even spent some enjoyable time in Egypt.

Back in Canada, I quickly obtained a job with a wonderful criminal lawyer in the capacity of a legal secretary. That job lasted a year until I moved up in the legal ladder and worked for a litigation lawyer also in Hamilton which also only lasted a year until I moved to Toronto and obtained an excellent job as a senior litigation secretary. During my three years in Toronto, I made many friends who accompanied me to the theatre, clubs and on weekends away within Ontario.

With the excellent salary I was paid while working in Toronto, I was able to travel to the Dominican Republic, England, Holland, Belgium and, in 1993, I left Toronto to live in Australia for a year.

That year in Australia was one of my favourites because I was able to learn about the country and its people. I took advantage of every opportunity; such as, scuba diving, sailing, bungy jumping, swimming, lots of drinking, as well as worked in a factory in south Sydney for six months. After my work term was completed, I answered an ad in the newspaper for a first mate aboard a private yacht and sailed up the east coast of Australia from Sydney to Cairns for a month. It was an amazing and unique experience.

I returned to Toronto for a couple of years but was unable to settle down and moved between Toronto, Hamilton and places overseas for a few years. In 2002, I returned to the Hamilton and lived in four different places. In December 2016, I moved to Brantford which is about a 40 minute drive west of Hamilton. I'm very happy here.

As a child, I wrote poems. In my 20s, I progressed to short stories. ​I wrote my first novel Locker Rooms in my 40s but it took a few years to finally publish it. From then on, I have created many novels, 6 of which are published.

I was diagnosed with Bipolar Affective Disorder by a Toronto psychiatrist in 1989; even though I had been seen by psychologists and psychiatrists since the age of 11. But, at that time, children were not diagnosed Bipolar. In their reports, they list my symptoms which spells Bipolar, but they didn’t conclude that. I spent a difficult childhood trying to deal with life’s problems while suffering from manic depression. I continue to take my medications which will keep me somewhat stable.